Imagine that each of our mobile phone is a separate internet server and we are a part of the hosting infrastructure, too…

Wouldn’t that make it safer to share photos with a parent group at your child’s school in a fully isolated network. Share documents with your company’s private, and encrypted internet network of two hundred other peers only?

“This may be possible with Decentralized Internet.”

The internet was not centralized at first

The internet we use today, was invented in the early 1960’s to protect the US commercial telephone and military communications networks from a possible nuclear attack. The aim was to make communication networks decentralized.

After leaving the military field and finding use in civilian life – for a while – the decentralized design of the internet (that time Arpanet) worked in harmony with the content produced.

Without awaiting approval from central custodians such as broadcasters and media networks, everyone started broadcasting the information they wanted on servers hosted by local providers. Blogs, e-commerce and advertising brochures began to be written, as we used to find in our mailboxes.

However, a problem arose at this point: digital publishing required some expertise, such as how to connect to servers, how to upload files, maybe write some code.

The centralization on the web started

Blogs were  created on service providers such as Blogger, Typepad, WordPress and Tumblr, so you don’t need to install software on your own server or learn to write code.

Even email that was once local, became centralized in services like Yahoo, Hotmail and Gmail. In this process, people and the content they produce became the pawns of technology giants.

Internet Today and Our State

Currently, we are constantly feeding the tech. giants with our data. Data is collected from us through social media, our mobile phones, computers and cameras.

“We are all data sources for Big Data” .

The collected data is used to profile each of us. 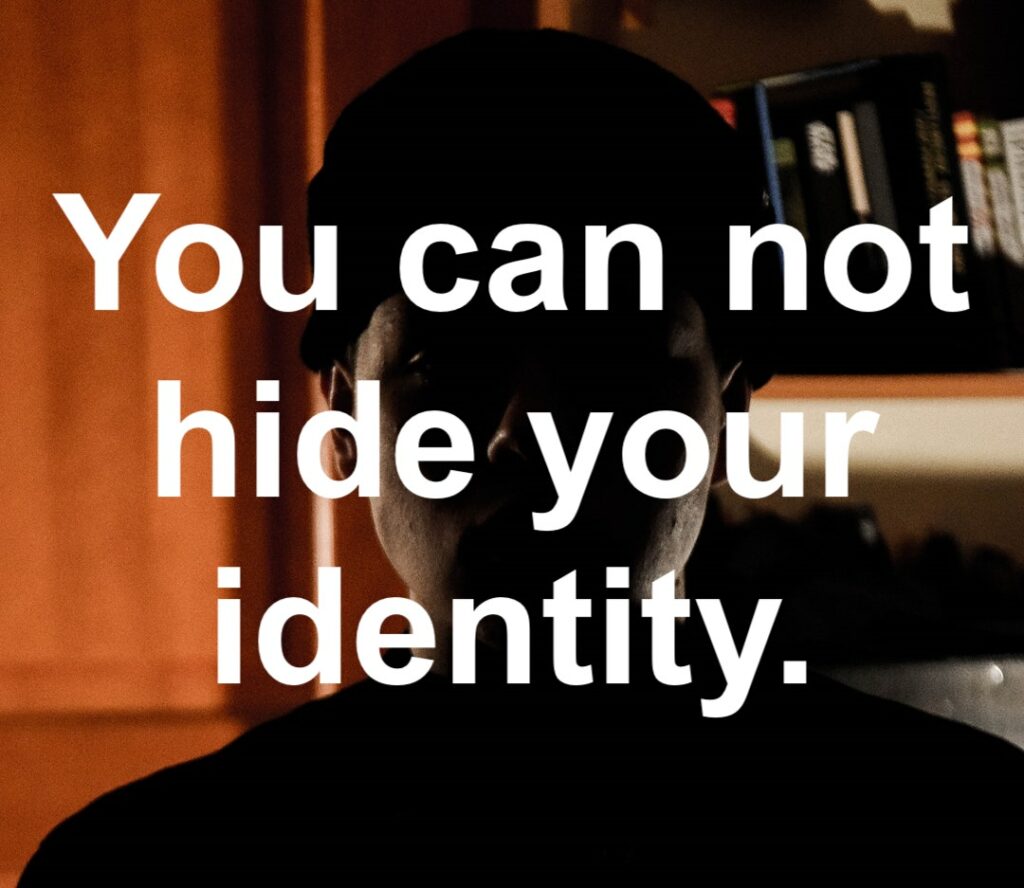 You can make a test to see this, go to a computer that you never used before and check your e-mails. From the same computer, open a brand new Facebook account with a different name(Jane/John Do). Facebook will ask you the question “Do you know these people?”. I guarantee that, you will see many of the names that suggested to you is someone that you know.

The cyber security effects of centralization on the web are also extremely awkward. I am not talkin only about bitcoin scammers or pornographic data trading etc;

I am talking about the central Internet giving world leaders, big business owners, popular figures, in short, everyone with money and power, the power to control the crowd!

For example, because of being TikTok headquartered in China, US officials fear that TikTok could be a national security threat. TicToc in theory can be used to spread disinformation or collect personal information from American citizens.

There is a huge thread about the upcoming USA elections (2020) will interfere with the choice of the people. People could be manipulated with some artificial perception, so their vote can be organised.

So what’s the solution?

Until now we talked a bit about the fictional or speculative part. Why data become a value as commodity is related to the direction of technology.

Therefore, personal data, which we begin to call “New Petrol”, is the continuous evaluation of data. The protection of new Petrol is among the most important issues of recent times.

We also understand from the investigations that are reflected in the press from time to time that they have been selling or sharing them for some time. They are also experiencing massive data security scandals one after another.

However, while this is happening, it is observed that a paradigm shift towards individuals and businesses to adopt data privacy is beginning, still is very slow. As the value and power of data is understood, people are updating their privacy definitions and will soon be ready to take on the challenge to protect it.

Hence, Decentralized Internet based on decentralization is a fascinating concept and is gaining attention day by day. It is predicted that this system will be able to take most of the power of these giant technology companies by running internet applications on a decentralized basis.

At this point, it becomes important where these big companies will position themselves in the future.

Because, although decentralized internet is very advantageous in terms of data security and individuals, the fact that large companies have decentralized platforms can end the collection and accumulation of data and make money by selling them.

It will be highly optimistic to think that, the Decentralized Internet will be a solution in the short term.

Because the infrastructures established by large companies and the data they have accumulated over the years make them indispensable. People are used to rely on existing platforms, especially when their friends and family are on them. People find it difficult to separate themselves from these free services.

For example, it is almost impossible not to install Whatsapp on a phone you bought. All your contacts are on that platform and you have to use it.

Another example; If you continue your business life as an employee saying that I will stay out of LinkedIn, you should not expect too much from the salary increases at your yearly review. Because if you do not have a Linkedin account during the salary increase, it is thought that you are not looking for a job.

Many decentralized applications in the market have difficulty reaching significant user numbers due to a combination of scalability limitation, lack of marketing, and user experience flaws for the common consumer.

What Technologies Should Develop for the Decentralized Internet

Today, the internet serves with services shared on servers.

Your mobile phone or computer displays the services as a “client”. DNS and IP infrastructure is required to access the servers.

There are firewalls and load balancers in front of the servers so that they can respond to many clients.

However, in today’s microservice-based architecture, there is no need for separate hardware for operations such as load balancers and firewalls, and this will become more and more standard in the coming years.

It is that other people’s data can be kept even with the cell phones we use. In the decentralized internet, anyone can be an internet provider. The interaction between server and client will evolve into “client” -> “many clients”.

There are certain pre-conditions that must be met for Decentralized Internet, they are:

Lets  give a simple example, in order to view a picture on any website (https://xyz.com/resim.jpg) in today’s internet environment, you must have a central server open to the internet, a valid IP address and DNS record.

On the decentralized internet, you can access this picture with your mobile phone via https://xyz.com/resim.jpg. But parts of the picture come from many separate cell phones.

They reside decentrally, in chunks, on small servers (other clients). Your phone / computer will combine them to get an image.

In the image above, in order for the picture to be formed on our screen, the blue, green and red parts in all other devices must be resolved and formed on the computer screen. Also, you see that there is no copy of the image file hosted anywhere.

Using the Internet infrastructure, a new network is formed on top of it, an “Overlay Network”.  This overlay network that is running on top of legacy internet is called The Decentralized Internet.

Thus, this network, which is formed independently of the infrastructure used, provides an isolated layer. But as I said, I don’t think this kind of internet technology will happen in the very near future.

Because, this design, which will work with blockchain technology (like all block chain products), first of all it requires an internet infrastructure that will provide huge bandwidth. It seems quite difficult for the operators to make this investment profitable from day one.

Also, its use in illegal underground market will be very common due to the low risk of being caught. For such judicial and ethical problems, who will be operating the monitoring mechanism and how should be the conflicts resolved would be a big problem. There will be a control mechanism in time, but is hard to predict from now.

If the future would be more free and independent, no doubt we need to liberate our digital identity. I think the next revolution that people need to achieve, would be the independence from these Tech. Giants.

We use cookies to ensure that we give you the best experience on our website. If you continue to use this site we will assume that you are happy with it.Ok